In today’s digital landscape, video is an important part of any social media strategy. With the annual Student Video Contest at the University of San Francisco (USF), we asked students to create video content around a strategic theme that spoke to the institutional culture and mission. 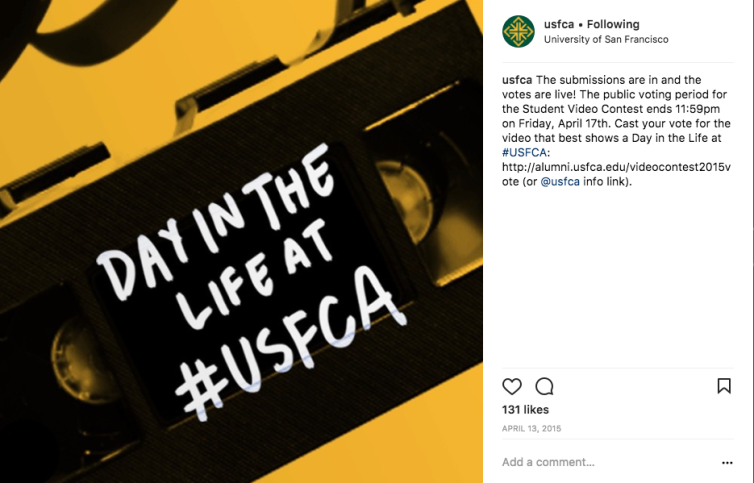 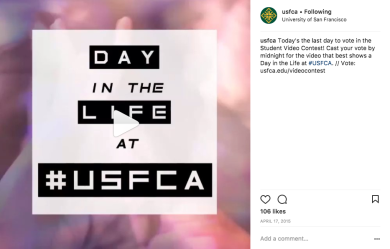 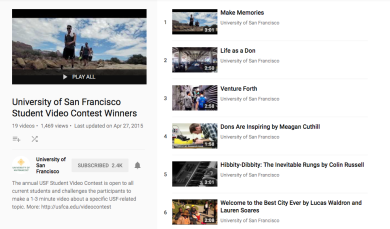